Rafu - The Man, The Legend

Rafus is named after one man - Rafu Miah - who was known not only for his outstanding cooking, earning him the title of ‘curry king’ some years ago, but for the reputation he earnt for making a positive impact far beyond the kitchen.

Rafu sadly died in 2016 and is sorely missed in the Highworth & Swindon community he first moved to in 1982, when he took a 'pit stop' in Highworth while travelling through, fell in love with the place and decided to stay.

There he soon set up the original Biplob restaurant, where his reputation for exceptional food, service and genuine friendly welcome - where he always remembered your name - brought huge success and national acclaim.

This led to Rafu became a keen supporter of many local charities, with support & sponsorship of events, sports clubs and fundraising initiatives that were so important in the community he had become such a big part of.

In 2011, he was presented with a Melvin Jones Award by the Highworth and District Lions Club for his efforts. And a bench bearing his name (paid for by friends and customers) proudly sits outside the restaurant in Highworth High Street in memory of the man himself and the many happy days spent with the people he so enjoyed spending time with.

Today, Rafu's restaurant are run by his son Omar, who has continued the same values of tradition in all the authentic dishes prepared, plus the friendly, professional service that always brought people back time and time again to enjoy a 'Rafus'.

The legend lives on. 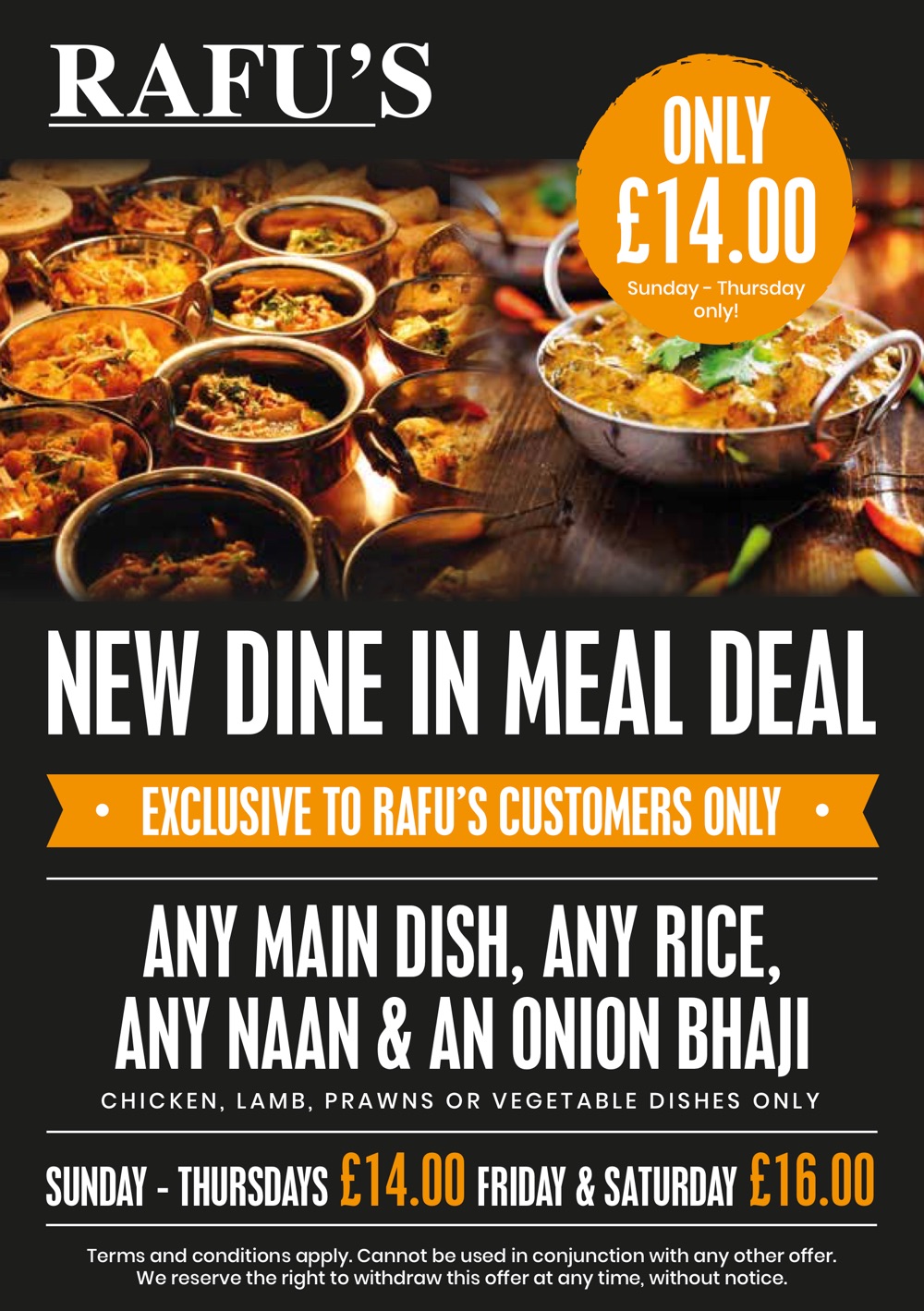 Rafu - the man, the legend